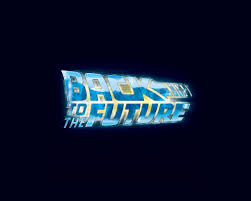 Another collection…TV, spotlight, discs, an odd slipper, an overcoat.
Memories cannot be left behind, as I credit my fund of knowledge;
An account that lingers in red;
A Queen of Hearts will move me into black,
Only for Hell’s joker to saunter through and squander my hand.
Bound for another town and another job, amassing the stop gaps.
More gaps than chapters, but each gap builds the book they call ‘life’,
furnishing a long chronicle to sit amongst the sleeping masses;
they fill libraries as we do graveyards.

In the New Age, future generations surf over our life stories.
Go on…activate CD; resurrect me.
The disc was first collected by me.
A virtual photo album snapshots civilisations past,
Its idiosyncrasies provide a muse for the curious surferette,
Where ordinary legends can be launched from PC-TV.
Transmit them to your French pen pal over the ‘Net.

The begrudgers of history will find no disc space out in the future,
archived in dormant libraries on the I-way’s death row,
sentenced to a lifetime in downtown Alpha-Purgatory.
Hey look! There’s grandfather, father, daughter and son!
Related first by blood and then by inherited CD.
Technology ensures their lifetimes will run continually.

No more Anno Domini, what She giveth, She taketh away.
She comes to collect; an experiment; overgrown.
All human records are commandeered; a new Project beckons.
Will our remains ever be re-sown?
Or will our DNA mapping direct us to the great library in the sky?
Perhaps the map was divinely encrypted.
Unable to disengage from it’s self-destructive course.
Banished by its architect-in-chief,
Plunging us into an infinite equation beyond our best
Scientific and intuitive concept.